Renewal is possible by means of a step-by-step construction process while the university is fully operational. For this purpose, a modular system of six possible extensions was developed, from which a flexible selection can be made. A further goal is the improvement of the development. Besides the necessary elimination of structural deficits, the multifunctional use of the rooms requires the creation of flexible media structures. This is made possible by restructuring and raising the standard of the building services.

In the summer of 2009, the construction work for the renewal of the Middle Avant-corps area was completed. In the course of this renovation, the assembly hall was brought back to its original floor plan and made bright and permeable through generous openings to the Resselpark and to Courtyard 1. The new porter's office was installed in the assembly hall, which serves as an orientation aid for visitors and students. The entire entrance area has been designed to be handicapped accessible, with the two new glazed lifts leading to the upper floors. On the 4th floor, the nude drawing room was converted into a magnificent event and teaching room by exposing the attic. The previously hidden roof construction was brought back to daylight. This supporting structure (de' Lormsche Träger) of nailed wooden beams was at that time one of the absolute new developments in civil engineering. 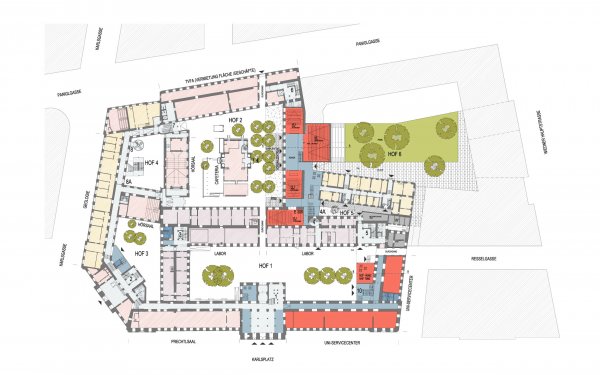 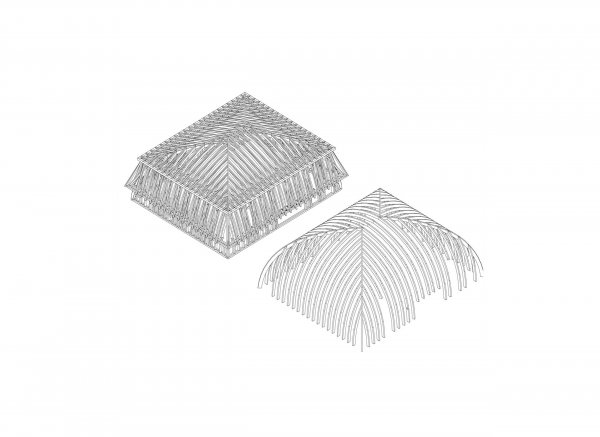 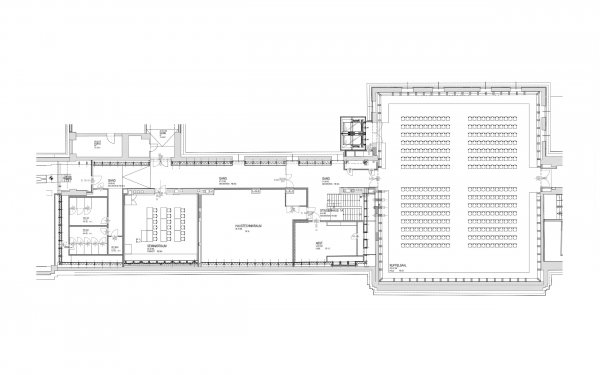 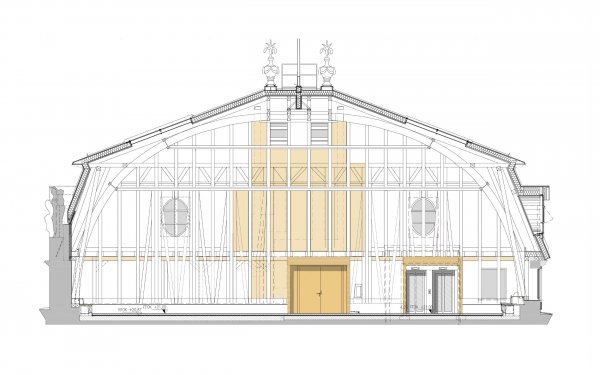