The new building is an extension of the existing elementary school building. The existing building will be extended by eight classrooms, two leisure rooms, and a gymnastics room, including all necessary ancillary rooms.

The northern boundary of the property is still open to the street. The new building structure makes it possible to close off the garden to the street to the north. A compact building is planned, which makes the best possible use of the available space along the curved building line. It enhances the greatest possible free space with an almost closed courtyard situation. In the east, construction will continue to the property boundary.

The connection to the existing building is made on each floor (basement, ground floor and 1st floor), whereby the interventions in the existing building are limited to one opening per floor. This also allows the extension to be built independently, while the existing building is in operation. The compact building offers the largest possible undeveloped open space, which is planned for a wide range of outdoor uses. By cutting into the volume of the new building, terraces and loggias are created, thus enabling secure open-air areas on all floors. Protruding bay windows on the street façade define the entrance situations and special uses.

The surrounding slate-grey building is punctuated by the light incisions, thus allowing wide views of the surroundings. The contrast, between the vertically arranged dark metal façade and the generous glass surfaces, creates an elegant play of proportions. The combination of the main façade following the street and the protruding bay windows, which literally reflect the surroundings, forms a sculpture, which at the same time stands out from the surroundings but still fits into them. The interior spaces, flooded with light, should not only invite learning but also to linger. In addition, the students were invited to contribute to the new identity of the school by making their own handprints, both inside and outside. 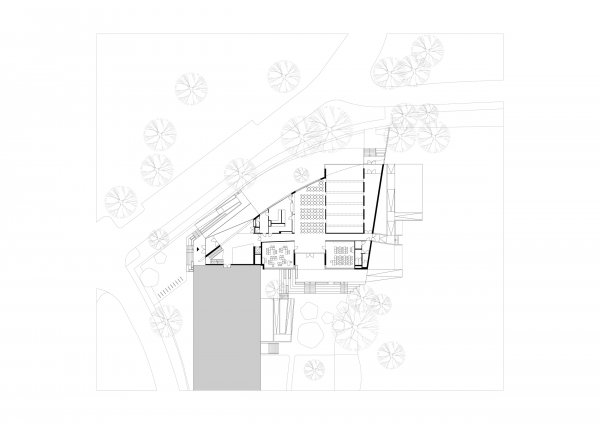 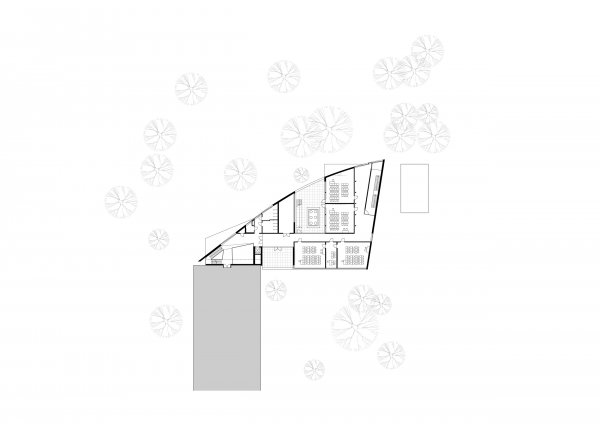 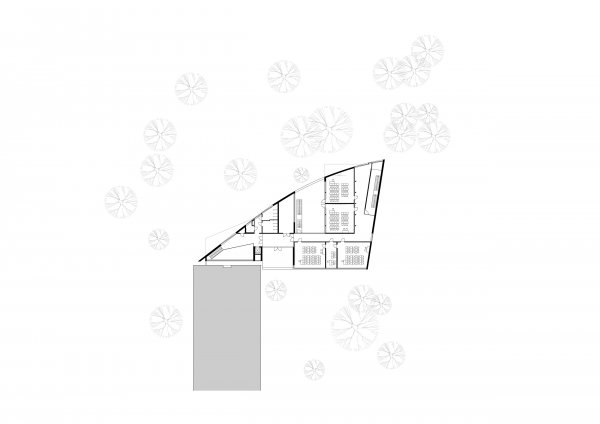 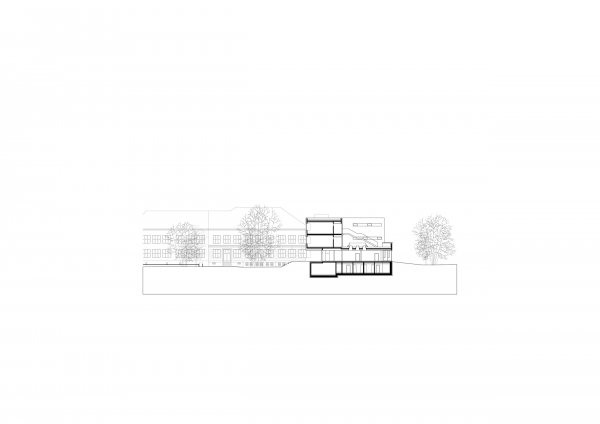 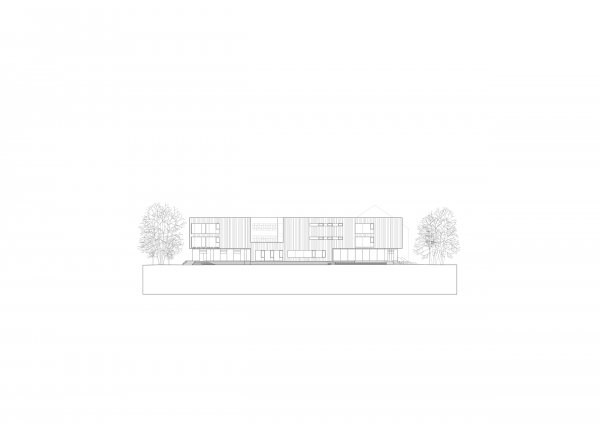 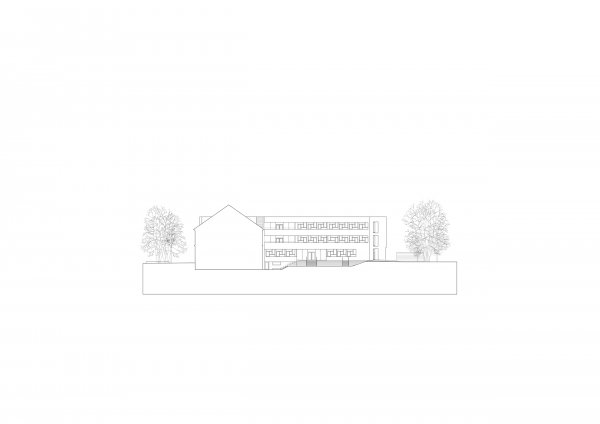 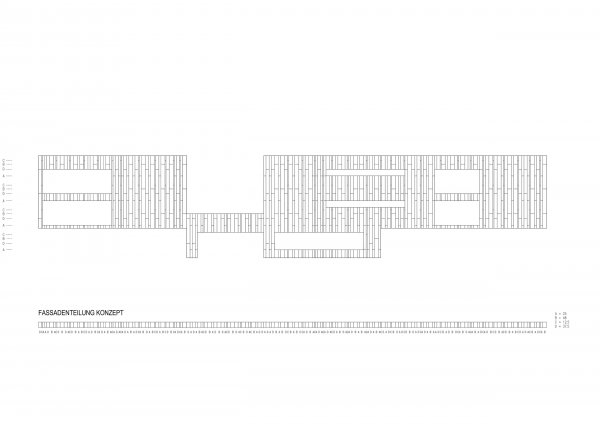