The project involves the renovation of the town hall and the construction of a new community centre. The intention is to create a modern, contemporary and citizen-friendly centre; where all information and support could be obtained. In the renovated existing building, new premises of the community, such as the building office, registry office, the premises of the mayor, offices and necessary adjoining rooms, as well as a handicapped accessible elevator will be arranged. In the new part of the building, rooms for visitors, community work and larger gatherings of people are planned.

The new compact structure, above the existing building, forms an attic level. Its shapes and dimensions allow a new interpretation of the roof landscape, and the best possible use of the rooms with regard to the given space and function program.

The annex has a basement, ground floor and 2 upper floors. In order to connect without barriers, the individual storey heights have been aligned to the existing building.

The annex has a new, spacious entrance. The foyer, which is to serve as a hub and distributor for the existing and new building, has adjoining rooms and corresponding waiting areas for visitors and parties, such as for the building authority or the mayor's offices. Via the new staircase and the new elevator, barrier-free access is provided to each floor. Through the incisions in the ceilings, voids, and generous facade openings, the view is directed through the building and the surroundings. This visual relationship underlines the function of the new, open building, in terms of its function as a meeting place for citizens, an information platform, a place for exchange and diverse events.

The internal organisation of the individual areas is clearly arranged and connected to each other via short routes. A smooth transition, between the functional areas and their intermediate spaces, enables the quality of use required in operation. Common areas for events and breaks are directly assigned to the rooms. As required, they can be used in their entirety. 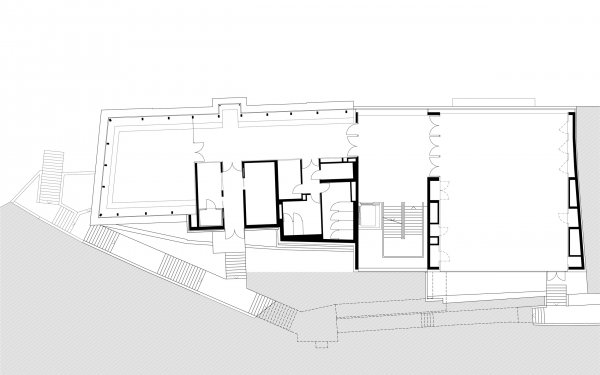 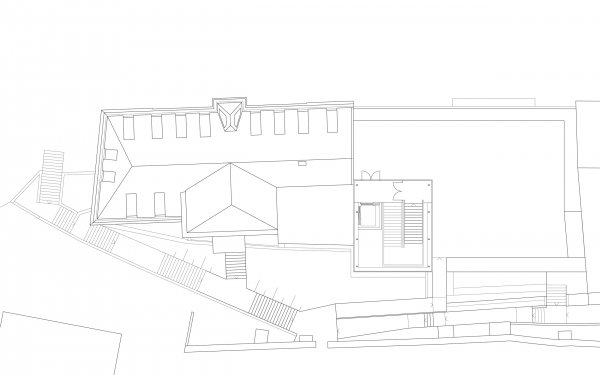 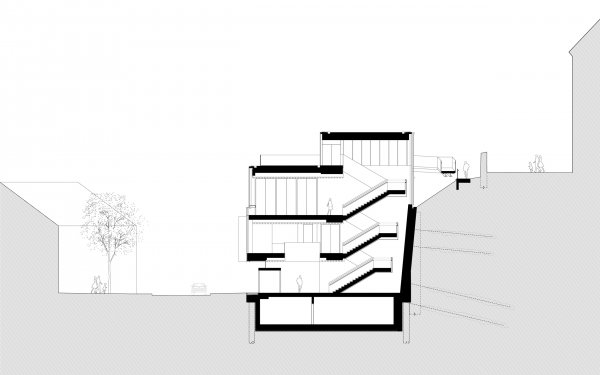